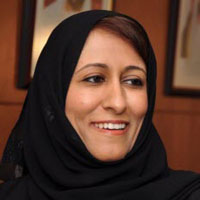 Mrs. Fatima Al Jaber, the company’s Chairman, is an engineer by profession and has gained extensive experience in the construction industry. She is currently the COO and Executive Director of the Board of her family business, the Al Jaber Group.

In 2007, Forbes Arabia voted Mrs. Fatima as the seventh most influential woman in the Arab world and in 2008 she became one of the most influential business women in the region for the year according to MEED.

Mrs.Fatima has a prominent role as Deputy Chairperson of the UAE Businesswomen’s Council and is actively involved in the economic development of businesswomen. 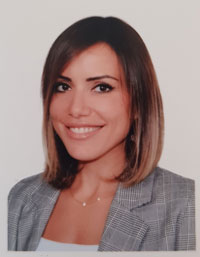 Mrs. Noora Mustafa Hamid has gained extensive experiencein financial instrument trading, in the UAE Markets as well as in the International markets. She Co-founded and managed a multimillion dollar capital company in Abu Dhabi that managed portfolios for a variety of investors from across the region and the world.

Noora is a Board member and a partner of several corporations including, Noble Partners Ltd, private equity and capital venture company, and Al Bashayer Investment Company P.J.S.C

In 2011,Arabian Business Magazine voted Mrs. Noora as one of the most powerful 100 Arab women in the world. 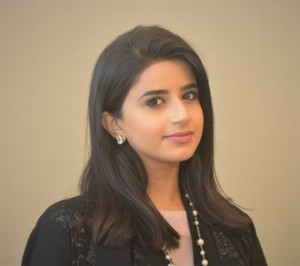 Ms Al Mehairi is an Investor Relations Associate with Waha Capital and based in the headquarters in Abu Dhabi.

Her role primarily deals with the communication of information and insight between the company and the wider investment community. Ms Al Mehairi is also recognised as a Certified Investor Relations Officer with The Investor Relations Society.

Basma previously worked as a Financial Analyst with Nakheel, the property developer, and National Bank of Dubai.

Basma graduated from Woodbury University in Burbank, California with an MBA. She also holds a Bachelor’s degree in Finance and Real Estate from the Higher Colleges of Technology, Dubai.

Ms. Khalaf holds an MBA degree from INSEAD and a BA in Economics from American University of Beirut.

From our multi cultural management team of experienced senior professionals to all levels throughout the company, we accept nothing less than complete professionalism and business excellence.

Because it’s all about the people, we’ve searched the investment industry to find the most gifted professionals I the field.